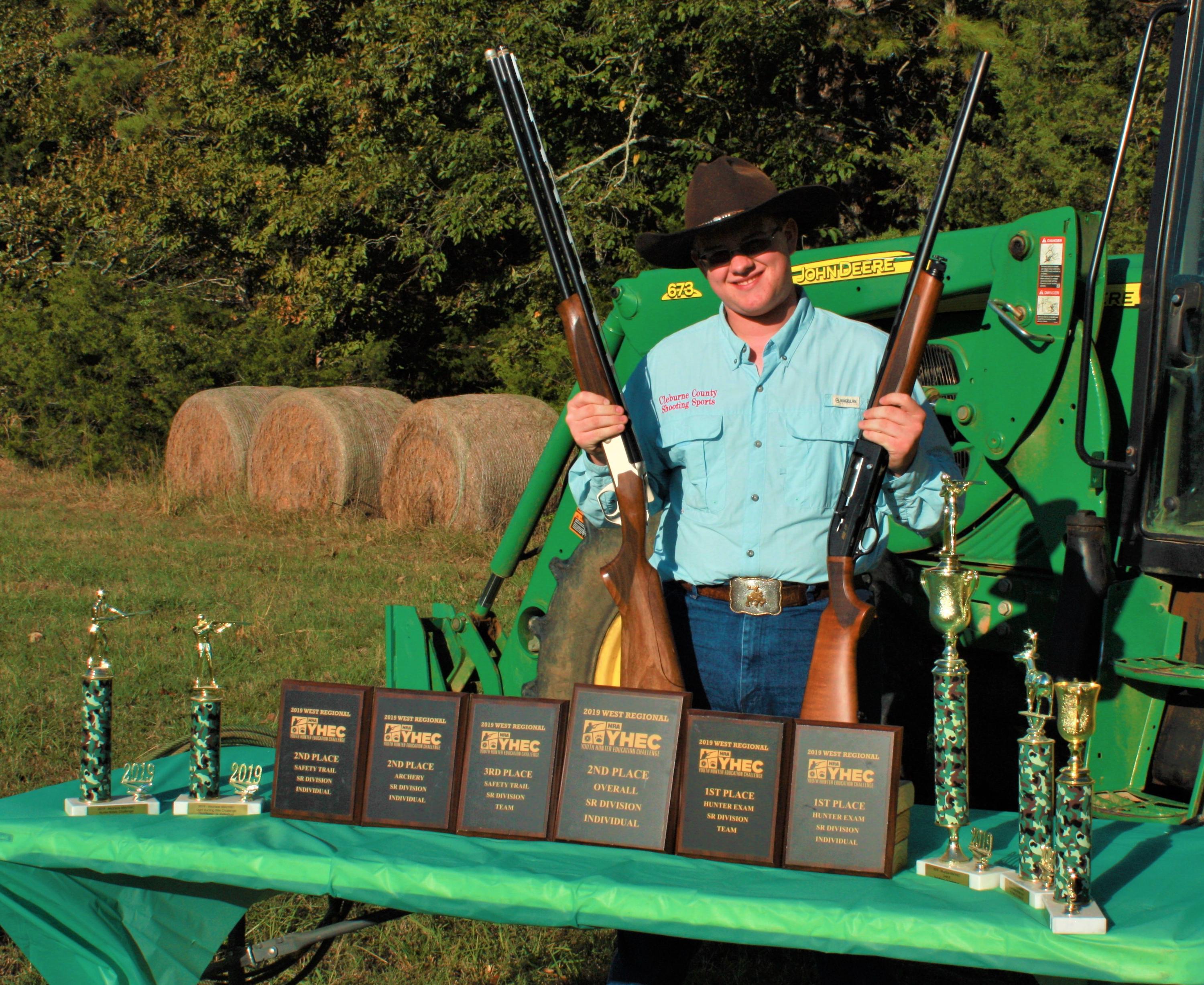 Jeffrey Phillips of Pangburn Arkansas has been involved in the NRA’s Youth Hunter Education Challenge for four years.  As Jeffrey tells it “YHEC is a big part of my life”.  Over this time frame, Jeffrey has place 2nd in Overall Scoring 3 times and has won a shotgun sponsored by T.R. Imports on 3 different occasions.  This year Jeffrey placed 2nd at the Arkansas State YHEC Championship held in Little Rock Arkansas in June and won a T.R. Import Silver Eagle Semi-Auto Shotgun.  In July he placed 2nd in the NRA West Regional YHEC which was held in Bentonville Arkansas and won a T.R. Import Over/Under Shotgun.

Jeffrey who enjoys dove and  duck hunt and shooting  sporting clays  with his TRImport Shotguns will turn 18  next year puts it this way, “I have slowly gotten better at shooting  over the years.  I have one more year left before I age out of YHEC and my goal is to win first overall.  I continue to practice and be pushed by my grandpa to get better.  I will be competing this last year with my new T.R. Import Silver Eagle Over and Under and I plan to bring home 1st Place. My thanks to YHEC, T.R. Imports, and everyone associated with YHEC for providing a great program for youth hunter education.”

The Youth Hunter Education Challenge is one of the nations fastest growing youth hunting and education programs.  Much of the YHEC success is contributed to great sponsors such as T.R. IMPORTS and its support of youth shooting programs.   Visit the T. R. Import’s website to see the entire lineup of exciting shotguns, rifles, and other exciting shooting related items.  www.trimports.com

View all posts by Chuck Gaines →

There are no upcoming events at this time.

If you support gun rights in Arkansas, then join us! We need you!

Join Us, and get involved today!

“We reject the collective rights and sophisticated collective rights models for interpreting the Second Amendment. We hold, consistent with Miller, that it protects the right of individuals, including those not then actually a member of any militia or engaged in active military service or training, to privately possess and bear their own firearms, such as the pistol involved here, that are suitable as personal, individual weapons and are not of the general kind or type excluded by Miller.” – Fifth Circuit (Texas, Louisiana, and Mississippi).